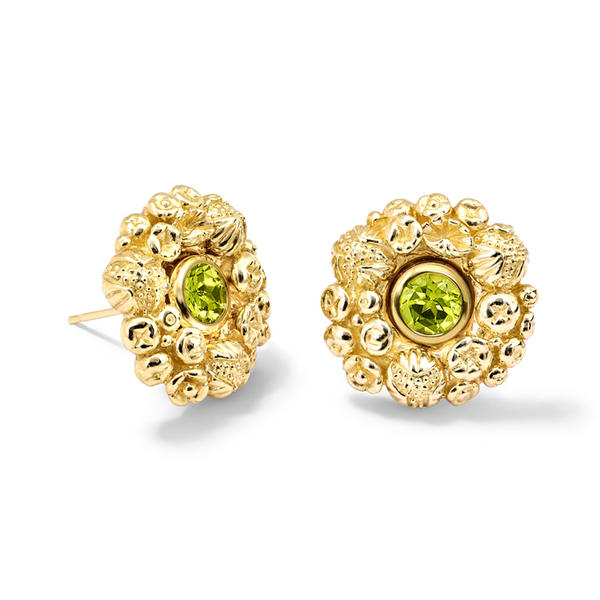 Quattro Canti halo earrings in 9ct yellow gold set with Theresa peridot studs. The Quattro Canti (Piazza Vigliena) in Palermo, Sicily, was laid out on the orders of the Viceroys between 1608-1620 by Giulio Lasso at the crossing of the two principal streets in Palermo, the Via Maqueda and the Corso Vittorio Emanuele. The octagonal Piazza with its near-identical facades contain fountains with statues of the four seasons (& decorations), the four Spanish kings of Sicily, & the patronesses of Palermo, (Cristina, Ninfa, Olivia, and Agata). From the Journey to Sicily.

These earrings are part of Cassandra's interchangeable collection. If you already own jewels from this collection and only wish to buy part of the earring shown, please contact the showroom on 0207 730 2202. 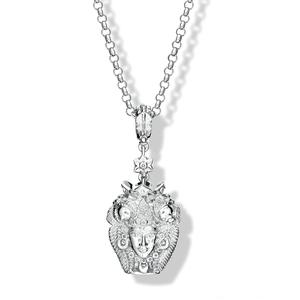 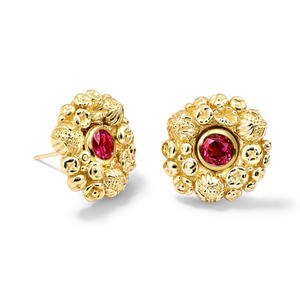 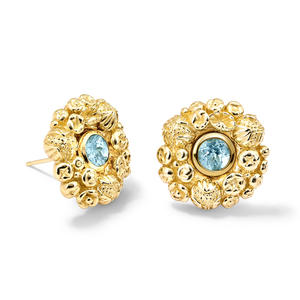 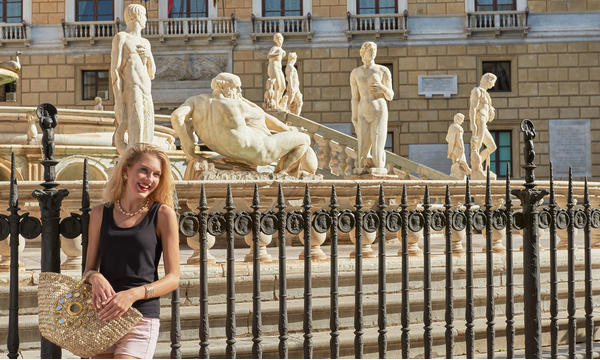 The Quattro Canti (Piazza Vigliena) in Palermo, Sicily was laid out on the orders of the Viceroys between 1608-1620 by Giulio Lasso at the crossing of the two principal streets in Palermo, the Via Maqueda and the Corso Vittorio Emanuele.The octagonal piazza with its near-identical facades contain fountains with statues of the four seasons, the four Spanish kings of Sicily, and the patronesses of Palermo: Cristina, Ninfa, Olivia, and Agata. Gold is a metal that Cassandra loves to work with, it takes a wonderful pátina with time. Cassandra has the skill of knowing which carat, strength and durability of gold to use, where stone setting is concerned, so that jewels last and look beautiful for generations. Sourcing gold and other metals responsibly from people who have the same ethical vision as herself is particularly important, and she regularly encourages transformations from old unworn jewels in to new sparkling pieces. When receiving jewels from Cassandra Goad, you can be assured that only the highest quality gold is being used. 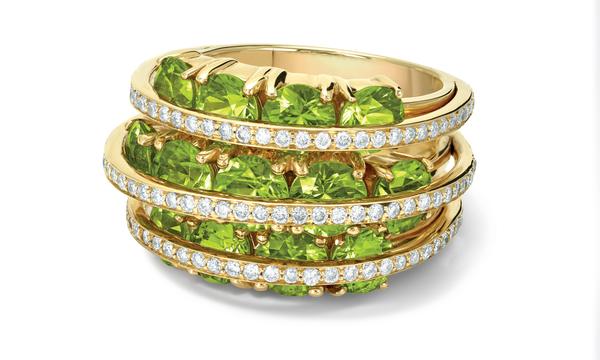 Peridot was found from 300BC on the Isle of St John in the Red Sea and crusaders bought it back for their catherdrals in the Middle Ages. When beautifully cut it has the colour of a freshly unfurled beech leaf in Spring- although it is actually the birthstone for August. Large stones are rare and when she finds them, Cassandra loves to use them for brooches and earrings. 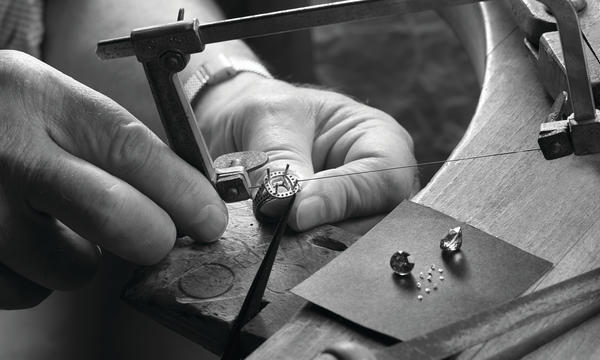 Sicily shaped by waves of conquest and left tinted with the settlement of differing peoples over 4000 years, since 8th century BC intrigued Cassandra. The island that floats like a tempting jewel in the centre of the Mediterranean had her hooked... Mosaics were transposed into jewels sparkling with diamonds and her honeycomb for Erice made it golden once again. 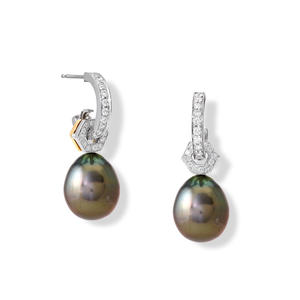 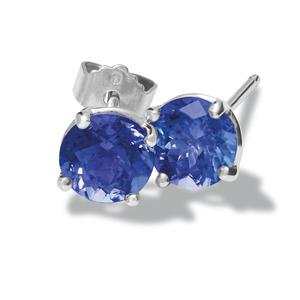 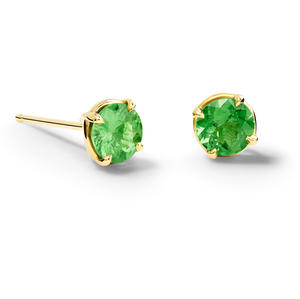 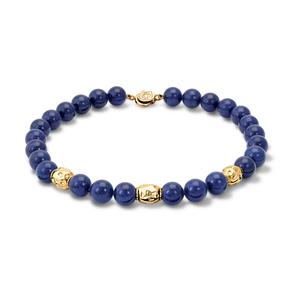 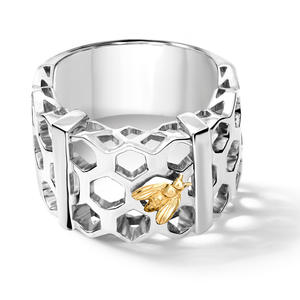 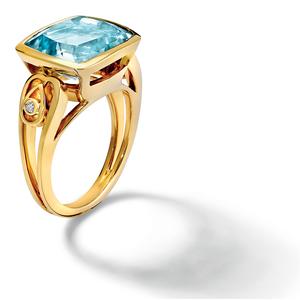 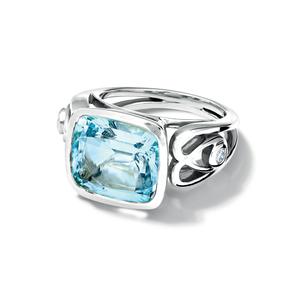 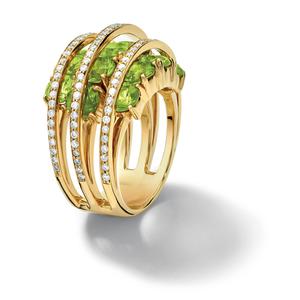 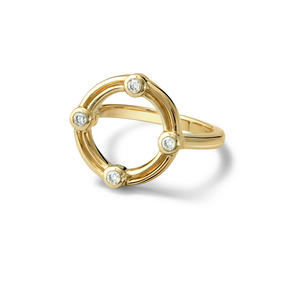 Volo d'Angelo Diamond Ring
£1,285
Collections
In 2020, Cassandra celebrates 35 years of jewellery design inspired by her travels.
View all
Gift Wrapping
Cassandra Goad jewels are always wrapped in her signature navy blue and gold boxes and tied up with ribbon making the magical moment of opening the box one to always remember.
Delivery & Returns | Get in touch
Visit Us
Monday - Friday 10am - 7pm
Saturdays 10am - 6pm