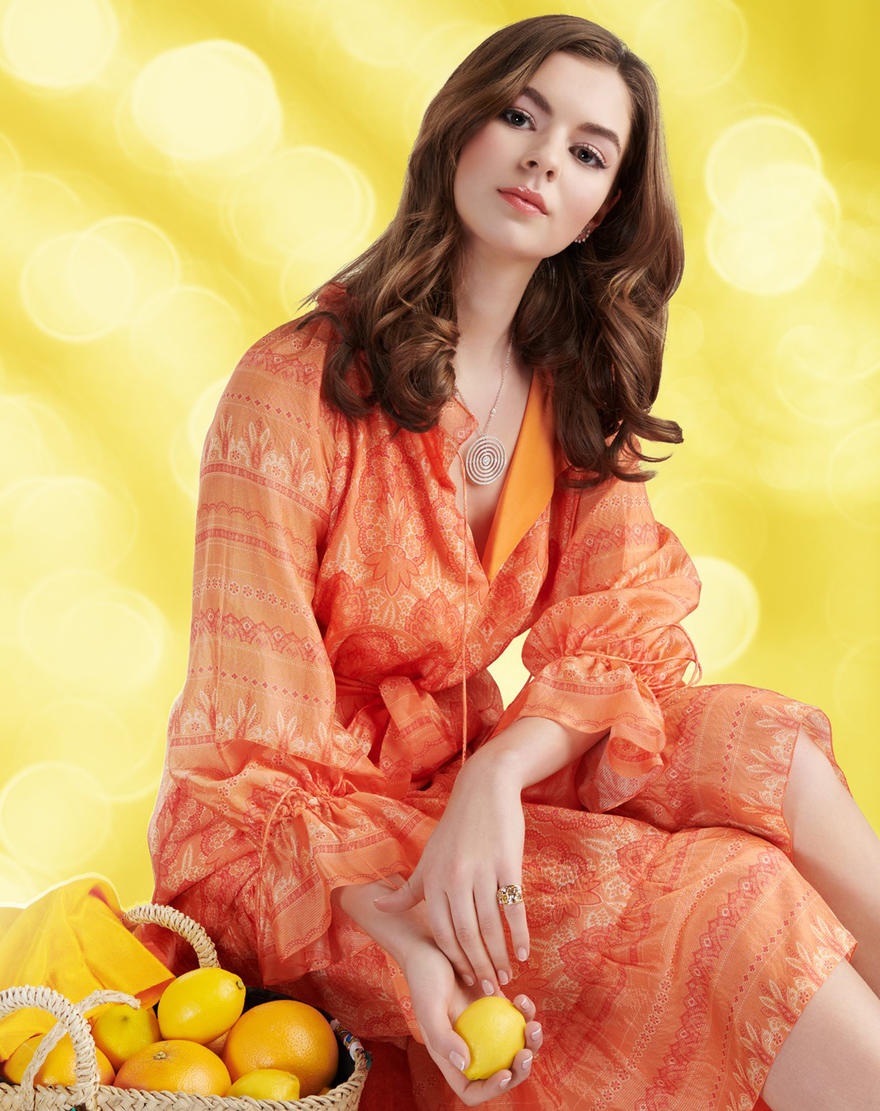 Behind the closed doors of the city of Pisa lie untold treasures, and the key to unlock many of them was held by 'Zio Francesco'.

It was a hot day when I left Volterra for Pisa, climbed the steps to the Palazzo dei Cavalieri, to be enthralled by stories of Dante and the history behind the buildings of the Piazza dei Miracoli.

Later that year the lure of the Papal tiaras drew me to Rome. Hidden in the dark corridors of the Vatican lie the Pope's jewels and the triple tiaras of past Popes. There were jewels too by Castellani and Giuliano the neo-classical revivalist jewellers of the 19th century, whose main collection I saw in the Villa Giulia Museum, which then inspired a design of the same name that became a brooch for the wife of the Sheriff of the City of London.

Each place I visited brought more inspiration, hidden gems around each corner...

I had decided on the morning I set off for Pompei from Naples that I would try to imagine it was the bustling city of AD 79 just before the eruption of the volcano. The streets would have been busy with people, the markets full of ripe fruit. Baskets overflowing with figs and grapes grown so copiously in the fertile soil from living so near a volcano. The sun was hot, so I searched out the cool of the Stabian baths as a place to sit and sketch.

Designed by Niremius, the ceiling of the baths in Pompeii is decorated with concentric circles that remind of the patterns of a whirlpool. The plaster circles were transformed into pencil sketches, and in my workshop, they later became four circles of gold with the water of the baths evoked by the sparkling pave of diamonds.

In celebration of 35 years this year, I added a 5th row to the Niremius pendant.

I have always found the freshly made soft nests of whirling ribbons of pasta, yellow like the sun, dusty with flour and lying in an Italian delicatessen: simply irresistible. So, one day, I made them golden in the workshop. I laid out rows of thin pastry ribbons of gold, some twirled and others twisted on the bench, and wove them into a nest.

However, unlike fresh pasta, my Tagliatelle ring needs no sauce, and it lasts forever…

A long line of stones and gold is the story behind Aurelie - after the great long Via Aurelia from Pisa to Rome built in 241BC. I love cutting unusual beads of emerald, tourmaline, quartz and baroque aquamarines, then slipping them into the straight chain of gold adding colour and character to the chain. And if feeling extravagant: irreverently layering one Aurelie on top of another.

This fortress like design holds the stone captive amongst its strong tower-like claws. Challenged by large stones, facetted or cabochon and how to set them, I devised this simple design that makes a bold statement of a pendant especially when it is hung from a long gold chain.

Pink, white and green Astrantia flowers grow their papery heads in my garden in July. I love the delicate detail of each flower that seems like a miniature bouquet and so I have reinterpreted them with diamonds replacing the stamens, making them sparkle as if dew had just fallen.

Return to Journal
Collections
In 2020, Cassandra celebrates 35 years of jewellery design inspired by her travels.
View all
Gift Wrapping
Cassandra Goad jewels are always wrapped in her signature navy blue and gold boxes and tied up with ribbon making the magical moment of opening the box one to always remember.
Delivery & Returns | Get in touch
Visit Us
147 Sloane Street
London, SW1X 9BZ
More details
Join Cassandra on her travels
Follow us on social