Cassandra's Guide To Living The Mexican Life In London This Summer 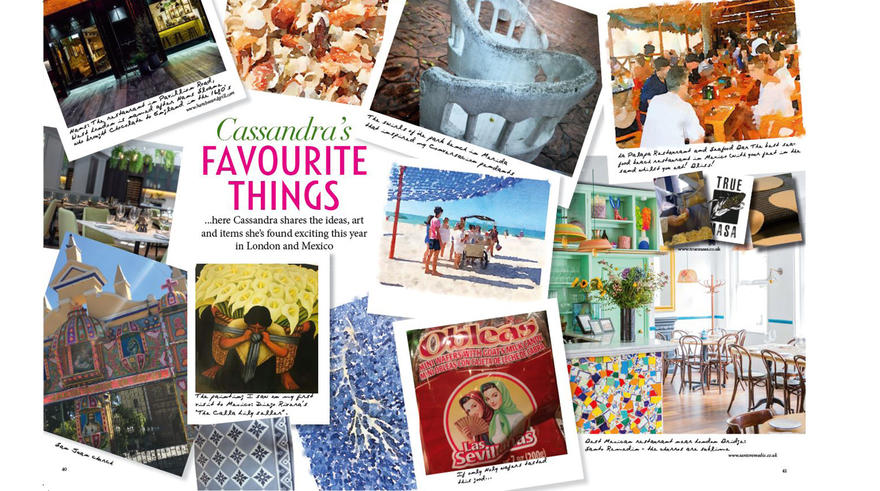 A few of Cassandra's hot tips for Mexican places to eat in London:

Wahaca: Mexican street food on the streets of London. My wonderful friend Thomasina, to whom wears Cassandra's Tortillas, set up Wahaca after studying Spanish and first travelling to Mexico "hapless and last minute" when she was 18 years old. Thomasina was simply staggered by the food Mexico had to offer. For Thomasina, it's all about honest flavours and not just about heat, and it is this distinct essence of fresh and healthy Mexican food that Thomasina has brought back to the UK.

El Pastor: A Mexican Taqueria serving tacos and tortillas made from scratch in house every day, along with fresh salsas, Mexican beers, mezcal and more. 7a Stoney Street, London, SE1 2HH