The Cassandra Goad Book & Film Club (And More!): Week 3 for the Easter weekend 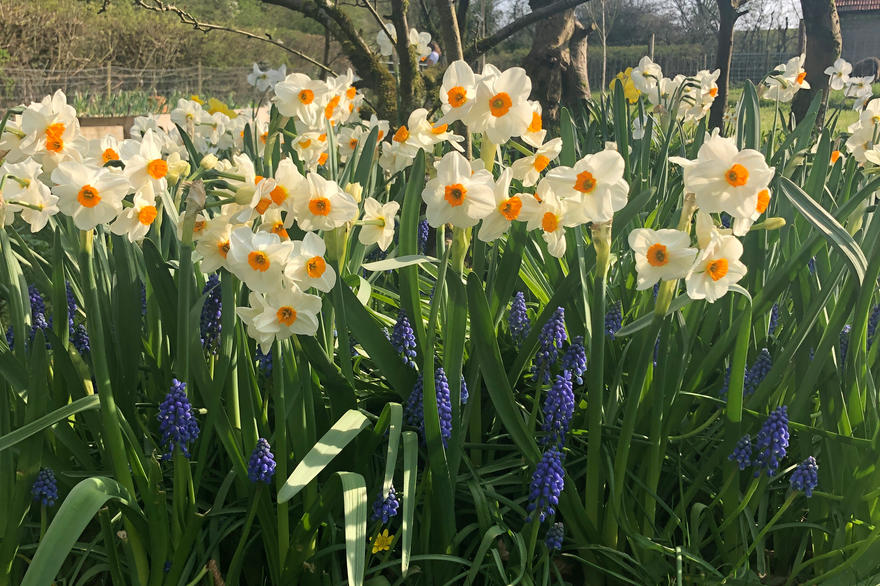 What the Cassandra Goad team and extended community have been reading, watching and doing this week…

When was the last time you impressed your dinner guests with a bush of crayfish in Viking herbs?

Salvador Dalí devoted his cookbook Les Diners de Gala to the pleasures of taste. Dali and his wife Gala were known for their opulent, imaginative dinner parties that were attended by celebrity guests, so it is no surprise that the book is equally as lavish and filled with bon mots on subjects such as dinner conversation: "The jaw is our best tool to grasp philosophical knowledge".

It is divided into twelve chapters, with titles such as 'Prime Lilliputian malaises' (meat) and 'Deoxyribonucleic Atavism' (vegetables). Scrumptious recipes, such as frog pasties and veal cutlets stuffed with snails, are accompanied by vintage food photography and illustrations by the artist himself. The book is such a visual and gastronomic feast - any kitchen without it is disappointingly ordinary and should be destroyed immediately!

A wonderful little book that explores the meaning of what Silence is in all of its forms during "the age of noise" in which we currently live in.

A very interesting and grounding book that makes you think about how you spend your time.

The author himself walked across Antarctica to the South Pole alone - a place which he describes as the quietest place he has ever been.

Based on the best-selling book by Deborah Feldman Unorthodox: The Scandalous Rejection of my Hasidic Roots, Unorthadox is a four-part mini-series streaming on Netflix that follows the story of Esty, a 19-year-old girl, who flees her community of ultra-orthodox Hasidic Jews in Williamsburg, New York a year after entering an extremely unhappy arranged marriage. Having grown up without a mother (she had fled the community when Esty was young) and with an alcoholic father, Esty knows she is different from the other Jews in her community. Feeling isolated and suppressed, Esty flees to Berlin to find her mother and to start a new life as a liberated woman.

Unorthodox is gripping from start to finish - it tells the story with brutal honesty whilst exposing one of America's unknown ethnic minorities. It pays great attention to detail and has been researched extensively in order to portray the Hasidic Jewish community with proper accuracy.

The Pharmacist is a true crime documentary about a father's quest to find and put his son's killer in prison. His son was Killed in a drug-related shooting, and what starts off as a personal mission for Dan Schneider (a small-town pharmacist), it soon turns into a crusade on the country's catastrophic opioid epidemic.

The Pharmacist is available on Netflix and consists of 4 episodes. The story grips you from the beginning, starting with the grief of a father and his family to Dan Schneider tirelessly trying to stop others feeling the devastation he has.

1. Beyond Reasonable Doubt? with Chris Warburton

BBC's Chris Warburton looks into the fascinating sequence of events that took place around the time that Kathleen Peterson, wife of political columnist and American author Michael Peterson, was found dead at the bottom of the stairs in their North Carolina home in 2001.

Through press coverage and recorded interviews with those directly involved, Beyond Reasonable Doubt? explores the happenings of the American court case that took the attention of the world. Some say it was murder, whilst others believe that it was a terrible accident, but everyone living in the Peterson's home town, and within their own family, has their own opinion of what happened that night.

2. Fortunately… with Fi and Jane

I can't remember how I discovered this podcast, hosted by broadcasters Fi Glover and Jane Garvey, but it immediately hit the spot. It was a year or so ago and I have listened to it ever since. Fi and Jane have entertained me on long car journeys, walks and runs and now provide the perfect antidote to these testing times. It's often laugh out loud funny, always engaging and interesting and their friendship shines through. Each episode starts with them chatting inconsequentially about anything and everything - no subject is out of bounds! - and then a guest pops in to join them. They said they only meant it to be moderately successful - sorry girls, it's a barnstorming hit.

Don't miss this, it's a must-listen.

1. Grow your own herb garden

Now is the perfect time for sowing herb seeds so I made my own herb garden by recycling every day household items.

Here's a before and after picture. The water bottle has been turned into a little watering can, whilst the tin cans I use as planters.

An Easter tradition in Sweden is to gather young branches from the woods and arrange them in a vase. Then hang small Easter decorations from the branches. Small paper eggs,brightly coloured feathers, golden yellow chicks and paper cut outs. The young twigs quickly burst into leaf and create a wonderful table display.

Deep colour and a big shaggy nose. rather a jumbly, untidy sort of wine, with fruitiness shooting off one way, firmness another and body pushing about underneath. It will be as comfortable and as comforting as the 1961 Nuits St Georges once it has pulled its ends in and settled down.

Just the wine for those who like the smell of Verdi. Dark colour, swashbuckling bouquet and ripe flavour. Ready for drinking, but will hold well showing a gradual shift in style as it ages into graceful discretion." (1968)

Recommendations from the Workshop team

Freixenet Prosecco DOC (Described by Freixenet as being "golden straw with lively effervescence and fresh aromas of citrus, apple and flowers. Clean and fresh on the palate with tones of ripe lemon, green apple and grapefruit. The finish is light and fresh.")

The Society's Claret Bordeaux 2018 (The Wine Society's best-selling red that they describe as a "fruity, unoaked merlot-based Bordeaux")

The Grand National is by far the most watched horse race annually, however despite this year's event not going ahead as usual, the Virtual edition certainly did not let us down!

With an average viewing audience of 4.3m, bookmakers will be donating profits of more than £2.6m to 'NHS Charities Together' after the Virtual race was won by Potters Corner.

Music to make jewellery to...

1. The tunes our workshop whistle to while they work:

Rick Astley - Never Gonna Give You Up

Lenny Kravitz - It Ain't Over 'Till it's Over

James Brown - It's a Man's World

Adele - Set Fire to the Rain

Lisa Stansfield - All Around the World

2. The tunes our team whistle to while at home:

Leon Bridges - If It Feels Good (Then it Must Be) (AMK)

Natalie Cole - This Will Be (An Everlasting Love) (EJL)