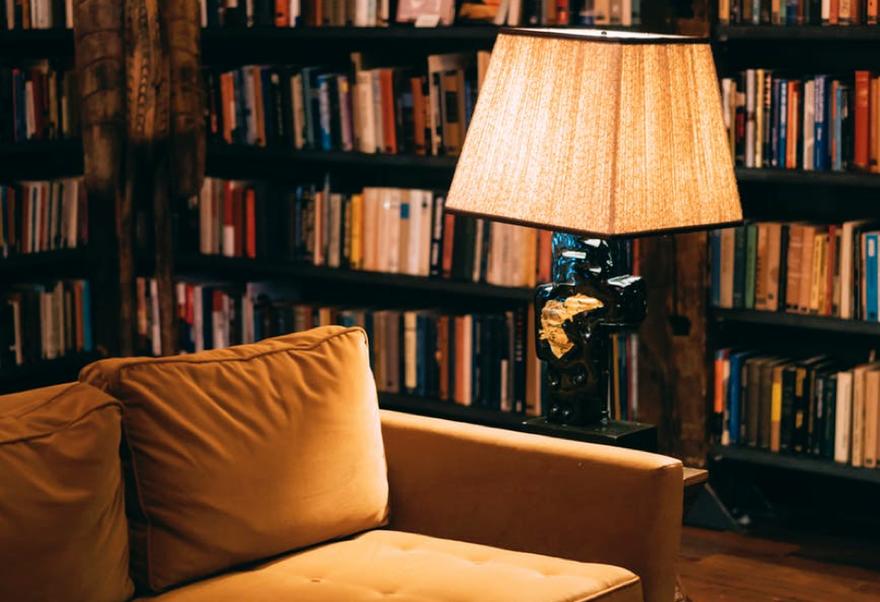 What the Cassandra Goad team have been reading this week…

Olga's Egg throws you into Russia during two very different times, one being the moment of the fall of Tsarist Russia, and the other being modern day Russia… Two very different worlds, although this story spans through both.

This is the tale of Assia Wynfield, a Fabergé expert and her attempt to prove that the newly discovered Fabergé egg is not that of the famous missing egg which belonged to the Grand Duchess Olga Nikolaevna, the oldest child of Tsar Nicholas II and Empress Alexandra, but that it is in fact a fake.

Sophie Law goes into intricate detail, describing the Fabergé masterpieces and all of their delights, really putting these wonderful eggs into your mind's eye. Is this the real Olga's egg? If it isn't, where is the real Egg? Does it even exist? And if it does exist, what does it look like? Who has it? And why has it been hidden for so long? All questions of which Assia endeavours to answer….

A really enjoyable read that delves into a very interesting and turbulent time in Russian history alongside some of the most sought after jewels that have ever been created.

2. 'Out of This Century: Confessions of an Art Addict' The Autobiography of Peggy Guggenheim: Recommended by SLW (Junior Showroom Assistant and self-confessed Maltesers addict)

This fast-paced autobiography tells of the frivolous, opulent and utterly outrageous life of one of the most celebrated art collectors of the 20th century: Miss Peggy Guggenheim. If you have been lucky enough to visit her intimate gallery in Venice, then you will have seen a fraction of some of the incredible art that she collected over her life time from artists that were not only her close friends but in some cases her lovers too. The autobiography is wickedly witty whilst providing a light hearted insight into the bohemian modern art scene during its birth and then increasing prevalence.

Guggenheim fills the autobiography with amusing anecdotes, telling the reader of how she smuggled her impressive growing art collection (including works by Salvador Dali, Henry Moore, Yves Tanguey and Max Ernst) out of Paris in order to save it from the ever-nearing Nazi Germany invasion and of how the Louvre would not help her in this as the art works were deemed to be too modern and therefore not worth saving! She also tells of her discovery of Jackson Pollock, the American abstract impressionist painter, of her love affair with Max Ernst, the German surrealist painter and sculptor, and of her friendship with Alexander Calder, the American sculptor, who made her bespoke pieces of jewellery. I would recommend this book to anyone who enjoys scandal, gossip, travel and most of all, art.

Rooney's Conversations with Friends is the great millennial novel. It cleverly captures complicated women and their romantic relationships. It is like reading a long email from your friend who is looking for a meaning outside any traditional romance plot and wants to shape her own narrative.

The conversations between two friends, Frances and Bobbi, are also concerned about the small differences of class and its millennial sister, privilege: "I struggled to make conversation with people of my own parents' background, afraid that my vowels sounded pretentious or my large flea-market coat made me look rich,". The novel is a beautifully written and highly entertaining modern love story.

4. 'The Mirror and the Light' by Hilary Mantel: Recommended by SJFG (Mother of Cassandra Goad)

The third volume of her trilogy on Thomas Cromwell, following Wolf Hall and Bring Up the Bodies.

After the fall of Cardinal Wolsey, Henry VIII (reigned 1509-1547) elevated Thomas Cromwell to be his right hand man as Master Secretary. The King's principal concern in this last volume is the succession. Catherine of Aragon gave him a daughter, Mary, but failed to produce another living child so the marriage was famously annulled. He then married Anne Boleyn who produced Elizabeth - but again no male heir.

This book opens with her execution, witnessed by Cromwell. Henry then marries Jane Seymour, a rather naïve girl with a scheming family behind her.

The daily weekday readings last for 15 minutes and there are 15 instalments. The first 5 were last week but are available on Radio catch up. The last episode gave us more about Henry's concerns for his own health and the succession if Jane does not produce a male heir (she is pregnant). Mary and Elizabeth are of course possibilities but Mary's legitimacy is in doubt and he has just had Elizabeth's mother beheaded. Another keen successor is his illegitimate son, Fitzroy, who wants to be named. Henry is not keen on a woman - or indeed a Roman Catholic - which Mary is (Henry always considered himself a Catholic - just not under the Pope). Cromwell - or Crum, as the King often calls him - is busy keeping up the pressure and pleasing the King.

Listen on. It is beautifully read by Anton Lesser and Mantel's writing is luminous. She evokes the atmosphere of the period and her observation of detail is perfect. No question in my mind that she is the greatest writer of historical fiction in our lifetime, and even the term 'fiction' is arguable. Her research is meticulous and she brings to life the detail of the period quite remarkably.

You can of course get the volumes on Amazon but they are very long and too heavy to read in bed. This is the perfect alternative.

And the films that they have been watching...

1. 1917: Recommended by AMK (Workshop Manager and lover of shiny things)

1917 takes you on an immersive virtual experience orchestrated as though you are the third solder going on this mission alongside Lance Corporal Scofield and Lance Corporal Blake.

Both men have been charged with the responsibility of delivering a message behind enemy lines to the 'Devonshire Regiment' - the message instructing them to stop walking into a strategic German attack and therefore saving the lives of 1600 men, one of whom is Lance Corporal Blake's brother.

This is a film that is an assault on the senses and a cinematic masterpiece in the unusual way it is filmed (as though it is one long take), with a high calibre cast that sweep in and out of different scenes. All of this is married together with beautiful musical accompaniment ("The Night Window" being one of the best scores, in my opinion).

A great film that takes you on a very real adventure all whilst sitting on your sofa.

Jim Jarmusch's divinely decadent film 'Only Lovers Left Alive' is a celebration of art and style. It is also a visual feast of desolation and post-industrial landscapes.

Adam and Eve, played by Tom Hiddleston and Tilda Swinton, are the nocturnal bastions of a dying culture, desperately clinging to great works of art and the teachings of pioneering thinkers. Eve, a connoisseur and an aesthete, awakes in the darkness on rose coloured satin. She can discern the exact age of an object by touching it, whilst Adam, a reclusive rock star, has been Eve's lover for centuries.

It also features Christopher Marlowe, who is still annoyed that the credit for his plays went to Shakespeare. Truly the best reason to see this film is for the dry wit blended with essays on music, science, art and times gone by. That is what makes it so disarmingly poetic.

Elite is a gripping Netflix teen murder mystery set in an exclusive private school on the outskirts of Madrid. The series follows the police investigation of a murdered student in a flash-forward style plot and their attempt to discover who the murderer is and what their motive was. The viewer is shown a series of police interviews with a select group of students who are each themselves either trying to solve the murder, or trying to cover up the murder.

Amidst the interviews, the viewer is also shown flashbacks to the weeks leading up to the murder. It is not until the final episode where both the murderer and the murdered are finally revealed...

Elite is a light Spanish take on some of our global society's heaviest issues (including class divide, homosexuality, islamophobia, and mental health) whilst showcasing the best of Spain and Latin America's newest acting talent. An easy watch and perfect for those wishing to learn or improve their Spanish language skills (can also be watched dubbed in English or with English subtitles).

This is a brilliant film with the even more brilliant Dame Judi Dench acting the lead role of a young Cambridge graduate who gets involved in the making of the atom bomb.

Aged almost 80 she is 'exposed' and deemed to be a KGB spy. But she was just trying, she says, to save the world. Her son, initially outraged, stands by her and acts for her.