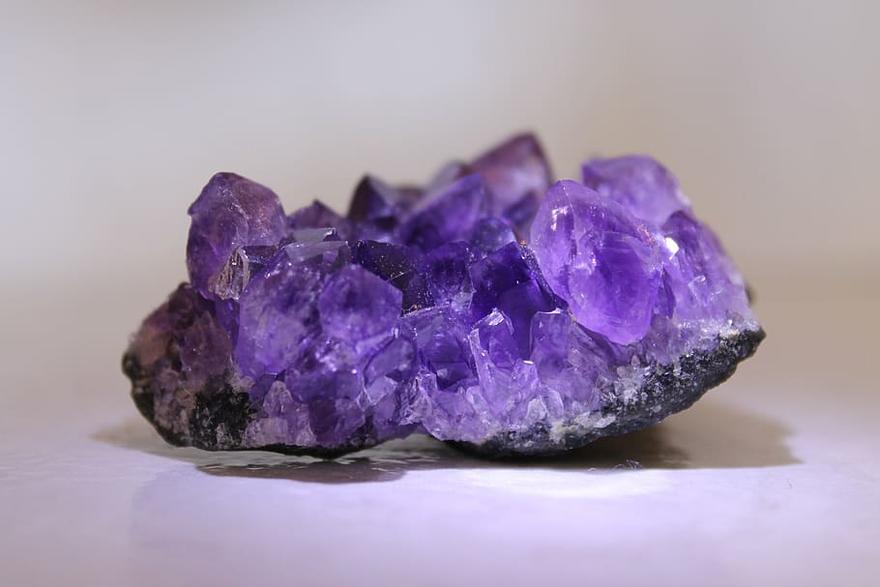 To help you start emerging from lockdown, here are some interesting stories to spice up your socially distanced conversations - whether you are out on a walk, on Zoom or across the kitchen table over 'half term lunch'.

The mysterious disappearance of the Amber Room (Russia)

Dubbed the eighth wonder of the modern world, the Amber Room was given to Peter the Great in 1716 to celebrate the newly established peace between Russia and Prussia. Measuring 160 square feet, the room contained 6 tons of amber panels, backed with gold leaf and mirrors.

It was established in St Petersburg's Winter Palace until 1941 when the Nazis invaded the Soviet Union and looted the palace, stealing the Amber Room. They dismantled the panels and reconstructed them back in Königsberg, where it was on display for the public to visit. In 1943, after bombing raids had destroyed Königsberg, the Amber Room disappeared without a trace and people have been searching for it ever since…

The story goes, as told by Pliny the Elder, that Cleopatra (the famous Egyptian queen), in a dispute over whether Egypt was superior to Rome, bet Marc Anthony that she could host the most lavish banquet. During this banquet, for the final course, a glass of vinegar was placed down in front of Cleopatra.

She removed one of her natural pearl earrings and dropped it into the vinegar, subsequently dissolving the precious material. Cleopatra then drank the vinegar and offered the matching earring to Marc Anthony, so that he could follow suit. Marc Anthony refused, admitting defeat and it is said that the remaining earring was cut in two so that a new pair of earrings could be made for a statue of Venus in the Pantheon, Rome. Experts have estimated that Cleopatra's natural pearl earrings today would be worth around $28.5 million! A lavish banquet it was indeed.

The New Stone Age: Ideas and Inspiration for Living with Crystals by Carol Woolton

Excitingly, Vogue's jewellery editor Carol Woolton has just released her latest book on crystals, their history and their healing abilities. I watched her 'virtual book launch' as part of a series of webinars hosted by the exclusive online jewellery club Gem X, where she spoke about the contents of her book.

Showing a selection of amazing photographs that will be in the book (including a stunning selenite fireplace), Carol spoke briefly on the energetic value of crystals and how they can help us feel calmer and more in control, especially in a time like this. I have just ordered a copy of the book and cannot wait for it to arrive!

King of Thieves is based on the infamous Hatton Garden jewellery heist in 2015, where allegedly up to £200m worth of jewels, gold etc. was stolen. It tells the story of a group of retired crooks who are looking for their last hurrah, which of course does not all go according to plan! The film is full of famous faces, including the likes of Michael Caine, Michael Gambon, Jim Broadbent, Tom Courtenay and more. It is available to watch on Amazon Prime.

This incredible pearl was discovered in the 1500s near Panama and was gifted to King Phillip II of Spain, who subsequently gave it to his wife, Queen Mary (also known as "Bloody Mary"). This pear-shaped pearl weighs almost 56 carats and its name, La Peregrina, translates to "The Wanderer" or "The Pilgrim". Upon Mary's death, the pearl passed through the hands of other Queens of both France and Austria, and then to Napoleon.

In 1969 Richard Burton bought it for Elizabeth Taylor as a Valentine's Day gift for 37,000 US dollars. More recently in 2011 an anonymous buyer purchased the pearl for nearly $11 million.

The Taj Mahal diamond is a heart-shaped, table-cut diamond that was a gift from Richard Burton to Elizabeth Taylor for her 40th birthday in 1972. It is set into a larger heart mount with a gold and ruby chain. The necklace is believed to have been commissioned by the Mughal Emperor Shah Jahangir for his favourite wife, Nur Jahan. It is her name that is inscribed onto the face of the diamond.

Named after the Queen of Holland, who was also Napoleon's step-daughter, the Hortensia Diamond was mined in India and purchased by King Louis XIV of France in 1643. The stone weighing an impressive 20 carats, is pentagonal in shape. Napoleon wore the diamond as his epaulette braid fastening. Later Empress Eugenie, his second wife and the last Empress of France, wore it on her diamond-encrusted comb.

This gem is part of the French Crown Jewels, however during the revolution is was stolen multiple times and on one occasion re-discovered in the attic of an old house in Paris. Today this beautifully blush pink diamond can be found in the Galerie d'Apollon in the Louvre museum in Paris.

The tiara, composed of eleven rare Colombian emerald pear-shaped drops weighing over 500 carats, is rumoured to have belonged to Empress Eugenie of France. It has come up for auction twice, once in 1979 and once in 2011 with Sotheby's. When it sold in 2011 for over $12.5 million dollars it was described by Sotheby's as "probably the grandest tiara to exist outside Royal, State and museum collections."

The British Crown Jewels hold some of the most historic gemstones in the world. The most prominent being the Cullinan-II Diamond, the Black Prince's Ruby, the St. Edwards Sapphire, the Stuart Sapphire and the pearls known as 'Queen Elizabeth's earrings'.

The Crown itself is set with an impressive 2868 diamonds, 17 sapphires, 11 emeralds, 5 rubies and 273 pearls. These stones have come from mines all over the world and each one carries its own incredible and individual history.

It was once believed that the reason why tourmaline could be found in so many different colours was because 'they travelled along a rainbow and gathered up the rainbow's colours'. Tourmaline is believed to strengthen one's body and spirit and it is also thought to inspire creativity. The name, Tourmaline, actually comes from the Sri Lankan word tura mali which means stone of mixed colours.

The first emerald mines in history were the famous Cleopatra mines rediscovered in 1818 in Northern Egypt. Pliny once said that 'nothing is more intense than the green of emerald, and sight is refreshed and restored by gazing upon this stone'. The Roman emperor Nero is said to have worn emerald sunglasses to watch the gladiators - probably the most expensive sunglasses ever! Although many people nowadays consider Colombia to be the source of the best emeralds, Brazil, Zimbabwe, Afghanistan and Russia are also producers of high quality stones.

LapisLazuli has always been associated with royalty, and it may have even been where the idea of 'royal blue' came from. Egyptians believed that it came from the heavens and provided protection in the afterlife, and so they used it in their statues of the gods, in jewellery and in burial masks. It was not only the Egyptians though who believed in the power of this stone: Lapis Lazuli was often placed in tombs alongside the deceased in Asia, Africa and Europe as well.

Return to Journal
Collections
In 2020, Cassandra celebrates 35 years of jewellery design inspired by her travels.
View all
Gift Wrapping
Cassandra Goad jewels are always wrapped in her signature navy blue and gold boxes and tied up with ribbon making the magical moment of opening the box one to always remember.
Delivery & Returns | Get in touch
Visit Us
147 Sloane Street
London, SW1X 9BZ
More details
Join Cassandra on her travels
Follow us on social