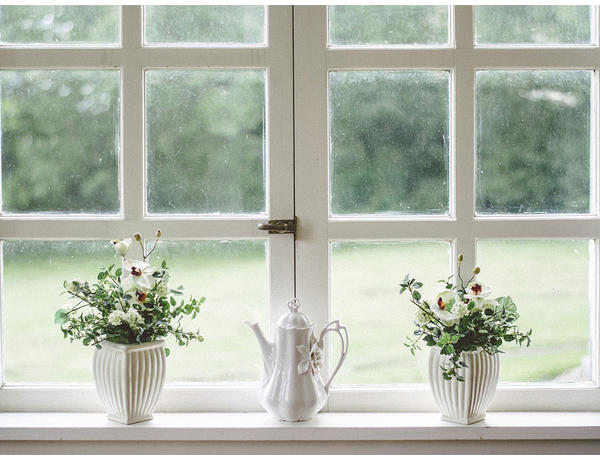 As his 50th birthday dawned, Peter Dunne realised that while he may not have invented the internet or found a cure for cancer, he had nonetheless fathered three amazing children. With this in mind he set out to leave a trail of metaphorical 'breadcrumbs' for them, with 'The 50 Things' being the result; a book of letters from a father to his children with fifty lessons for life!

From kindness, grief, persistence and tolerance, to relationships and parenthood, Dunne hits the nail on the head every time, with each one being told in a witty and non-judgemental way.

Each letter comes with a relatable quote, funny anecdote, or story from his own personal life, making everything so relevant to today.

With all that is going on in the world at the moment, 'The 50 Things' is the perfect book to dip in and out of, or read in one fell swoop (like I did!), to remind you of the different ways of thinking and dealing with the challenges that you may be facing. I could write down all of the amazing quotes he includes, but this one is particularly relevant at the moment: 'Hope is being able to see that there is light despite all of the darkness.' Desmond Tutu.

2. 'The Last Time I Saw Paris' by Elliot Paul

These days, you could easily miss Rue de la Huchette, a short alley that dog-legs through the Latin Quarter. The old whorehouse has become a kebab shop, and the police post (where, in 1926, les flics kicked a burglar to death) now sells souvenirs. The shabby Greek hotel, where I stayed, was once a dairy called 'A la Vache Indolente'. I had the milkmaid's room in the attic. Collette, it's said, spent the Thirties defending her shapely rump from the locals, and the Forties persuading them to rent it.

We know all this thanks to a Bostonian, Elliot Paul. In 1923, he settled here, to write. He describes poverty exquisitely: the ringworm and the roasted cats. But it's his characters who make this memoir burst into life (and who drew me to the street, whilst researching a book, Panther Soup). Among them, we meet rogues and revolutionaries, Mary the waitress (who survives on Dubonnet), and a beautiful actress who gasses herself when the Nazis appear.

Most perish during the occupation. No-one will remember them now - except you (once you've just laughed your way through my favourite book, and cried a little too).

This is the story of 12 medieval books; who wrote them and why, and what happened to them in their lives. The UK's great work of Art "the Gospel of Saint Augustine" is Chapter 1, whilst Chapter 9 and 12 are about books of hours: the greatest and most valuable gift of love from one person to another.

Christopher is very funny about the people who wrote them and the people who look after them, with a lot of fascinating information about this pre-printing press art form.

4. 'The Diaries of Adam and Eve' by Mark Twain

A hilarious peek into the minds and lives of Adam and Eve during their first few days. The narrative is wonderfully organised as half Adam's and half Eve's. Adam is very straightforward and sometimes even cranky, whereas Eve is ever the optimist.

Adam is really not impressed when he first meets Eve and Eve thinks he is going to kill her when she first meets him, but it is Eve who actually ends up chasing Adam up a tree. Twain has cleverly renditioned the game of cat and mouse that men and women often like to play at the beginning of their relationships.

Eve then goes on to annoy Adam because she has a name and explanation for everything, but she thinks she is doing Adam a favour. It is a rather wonderful and witty story with a message of love, self-discovery, a couple issues and curiosity towards everything around.

There have been many film and TV adaptations about the eccentric crime solving Sherlock Holmes. The series starring Benedict Cumberbatch as Sherlock Holmes, and Martin Freeman as Dr John Watson, is highly lauded and supplies the perfect mixture of wit and adventure. Set in early 21st century London, each episode gives you a new crime to delve into, allowing you to enter their whacky and bizarre world.

Benedict Cumberbatch is at his finest, acting as an aloof, violin playing Sherlock with minimal social graces. Martin Freeman as Dr John Watson provides the perfect counterfoil. It's available to watch on Netflix and BBC iplayer and is well worth a watch.

A beautiful remake of the classic story that transports you to another time. The costume design and music (by Alexandre Desplat) I loved.

The film is so well cast, with actors such as Saoirse Ronan, Timothée Chalamet, Florence Pugh, Emma Watson and Meryl Streep, just to name a few.

One of the best films I have watched in a while - well worth it!

Soul Music is a wonderful and heartwarming podcast created by BBC Radio 4 that can be found on the Apple podcast app and on the BBC website. At roughly 30 minutes per episode, Soul Music focuses on one piece of well-known and well-loved music, telling the history behind it and sharing stories of those who have been personally touched by it. The podcast covers a huge range of genres, from pop music (Ottis Reading's Sittin' On the Dock of the Bay, or Redemption Song by Bob Marley), to classical and opera (Bach's Cello Suit No 1 in G Major, and Puccini's La Boheme), to even discussing film music (Feed the Birds from Mary Poppins and The Sound of Music's My Favourite Things). An easy listen for story lovers and music enthusiasts alike - there is an episode for all.

4. How to Fail with Elizabeth Day

This is a podcast I really enjoy. Elizabeth Day interviews people from all walks of life and asks them to explore what their failures (in all their various guises) have taught them.

How to Fail celebrates the things that go wrong in life and explains how to make a positive out of what initially may be seen as a negative. A couple of my favourite episodes are those that interview Andrew Scott, Phoebe Waller-Bridge, and Elizabeth Day herself. This podcast can be found on the Apple podcast app.

1. Grow Your Own Avocado

All you need is:

Simply fill the jar with some tap water. Stick the tooth picks evenly around the avocado pip and then balance them over the top of the jar so that the bottom of the pip just sits a little bit in the water. Pop it on a bright window sill and leave.

Granted it might be 8 years or so before you get an actual avocado but they do make great houseplants!

Hat trick by Michael Owen wins the game for England

The narrowest win in Ashes history