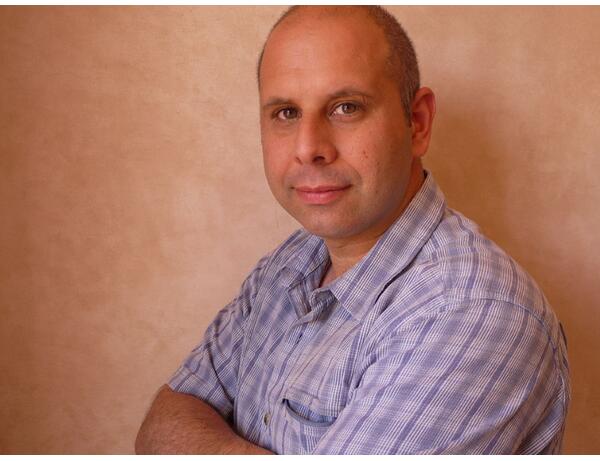 Cassandra talks to Tahir Shah about his passion for Morocco and its stories.

Morocco has been your home now for a number of years, and you have described it as 'a kingdom overlaid with a cloak of supernatural belief'. What is it that draws you to it each time you go away? Tell me about its spell!

The first time I experienced the Kingdom of Morocco, I was a very small child, visiting my grandfather who lived in Tangier. I believe strongly that my yearning for, and a belief in, the supernatural is a kind of 'default setting' within us all. It's the reason why children are so easily drawn in to a story-scape of wizards and witches, monsters and elves. In having Morocco as a constant force in my life, I have managed to cling hold of the default setting that's so hard-wired in humanity. In most people living in the West, it's weaned out of them, as they learn the rigid and regimental ways of the Occidental World.

By not being 'reprogrammed', I have had the ability to tap into the hidden layers of Morocco… layers which have been laid down over millennia. In the case of Morocco - nudged up as it is in the extreme north-west of the dark continent - these layers are all the more wondrous than elsewhere. The reason for that is because they are a crossroads of culture. Morocco is part Berber and part Arab, and is influenced by Africa to the south and Europe to the north. It is the ultimate kaleidoscope of folklore, belief, and superstition - an intoxicating hybrid that mesmerises all who have the fortune to discover it.

I was raised with a love for stories

Tell me about storytelling... in your book 'In Arabian Nights' you say, 'stories are the most precious heritage of mankind' (p.141) or that 'stories are like a bath without a plug' (p.58). I feel that I tell stories with my jewels and I am therefore intrigued to learn more about story telling from you.

My sense is that a story can be told with physical objects - like gems and jewellery - just as it can be told with words. I often feel that in the West people get too caught up in the parameters of a story, parameters which never seem to exist in more ancient cultures. When I bought The Caliph's House, a ramshackle and enormous mansion in Casablanca, a Moroccan man came to visit me. I was still trying to make sense of the midlife-crisis-impulse purchase, and he was doing his best to make me feel at ease. I remember showing him around the house - the secret courtyards with fountains and birdsong, the vast salons, and all the rest. He paused for a moment, looked me in the eye, and he said: 'A house like this is a story. If you love it, listen well, and in the right way, it will reveal that story to you.'

Do colours play a part in your writing? They are so important in jewellery and again, I am intrigued to know your thoughts on this.

A million and one times I have sat at my desk, eyes tightly closed, fumbling my way through a memory, as a I drink in the hues and colours of Moroccan wonder. I recently said to a friend from Marrakesh that I had a love for black and white photography. She looked at me in utter horror. 'Black and white?' she spluttered. 'What joy is that… for it has had the life-blood sucked out!' Thinking about it now, I see what she meant, for Morocco is a realm of astonishing vibrancy and colour, a kingdom more dazzling to the senses than any other I know.

When do you find it best to write: at home; in the morning? With a clear or cluttered desk?

Like most writers, I have a system which I've developed over time. I wouldn't say it's perfected, because there's always room for improvement. But, as things stand, I tend to set myself a daily wordage and work through it from the morning - freeing myself from the shackles of the desk only when that magic number has been reached. I often hear from people who say they have tried to write a book but they simply can't do it. The answer is simple: write, and the book gets written. Procrastinate, and it doesn't move forward. I like to get going first thing in the morning, and need silence and order in good measure to get my work done for the day

What is your favourite Moroccan dish? And do you often cook in a tagine?

The thing I love most about Moroccan cuisine is that it is a fusion of east and west, south and north - flavours from all points of the compass. I'm sometimes surprised by visitors to Morocco, they tend to think that people eat couscous night and day. Nothing could be farther from reality. Couscous is reserved for the special meal of Friday lunch. And, as you suggest, tagine is a daily meal across the kingdom. My favourite tagine is lamb with olives. Just thinking of it has got my mouth tingling!

HM the King's visit to the Goldsmiths' Centre