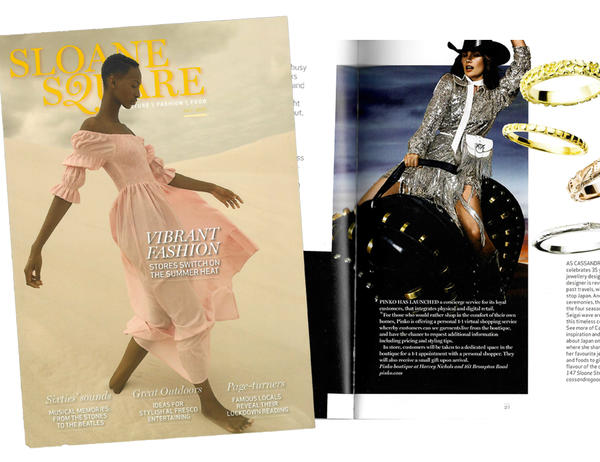 As Seen in Sloane Square Magazine

Cassandra Goad's 35 years of jewellery design has been featured in Sloane Square Magazine, with our first stop of Japan!

Whilst in Japan Cassandra was inspired by many of the things she saw and took part in. One of these being the symbolisation of the four seasons; plum blossom for spring, chrysanthemum flowers for summer, maple leaves for autumn and bamboo for winter. They were all perfectly presented to her during an ancient tea ceremony as sugar to put into her tea. This then came to life as a design in Cassandra's Four Season rings as shown in Sloane Square Magazine.

Seigai or Inase, was the dashing style from the Edo period when Japanese people felt an intimacy with water. This inspired Cassandra's silver and enamel Seigai Wave cufflinks that have been made in a turquoise, kingfisher blue and grey blue enamel.